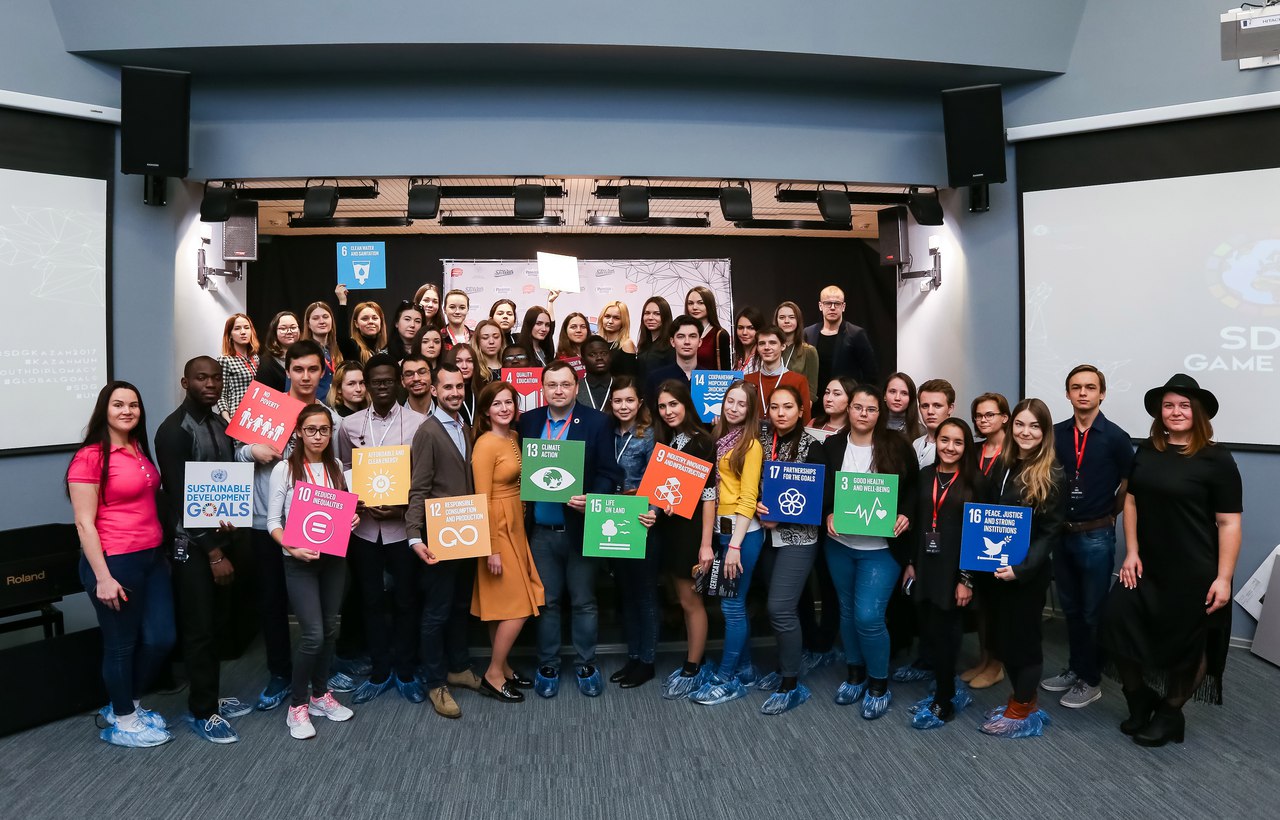 In the game participants were solving quests in 8 thematic stations based on the SDGs. They were given different kinds of resources (e.g. "energy", "education") after every station. During the game, the participants shared their opinions and ideas on solving global issues.
After finishing the stations, the teams had to build their own model of the “Perfect city’’ by the the help of the resources they earned. The “Perfect city” had to be based on the SDGs.

The game's aim was to attract young people’s attention to the importance of peacekeeping and joint actions in solving current worldwide problems. It was emphasised that our everyday actions make a great difference to the whole world's development.

The goals of the event were surely achieved; participation in this game provided a unique and useful experience to the participants' social life and improved such skills as international communication, knowledge about the SDGs, and creative problem solving.