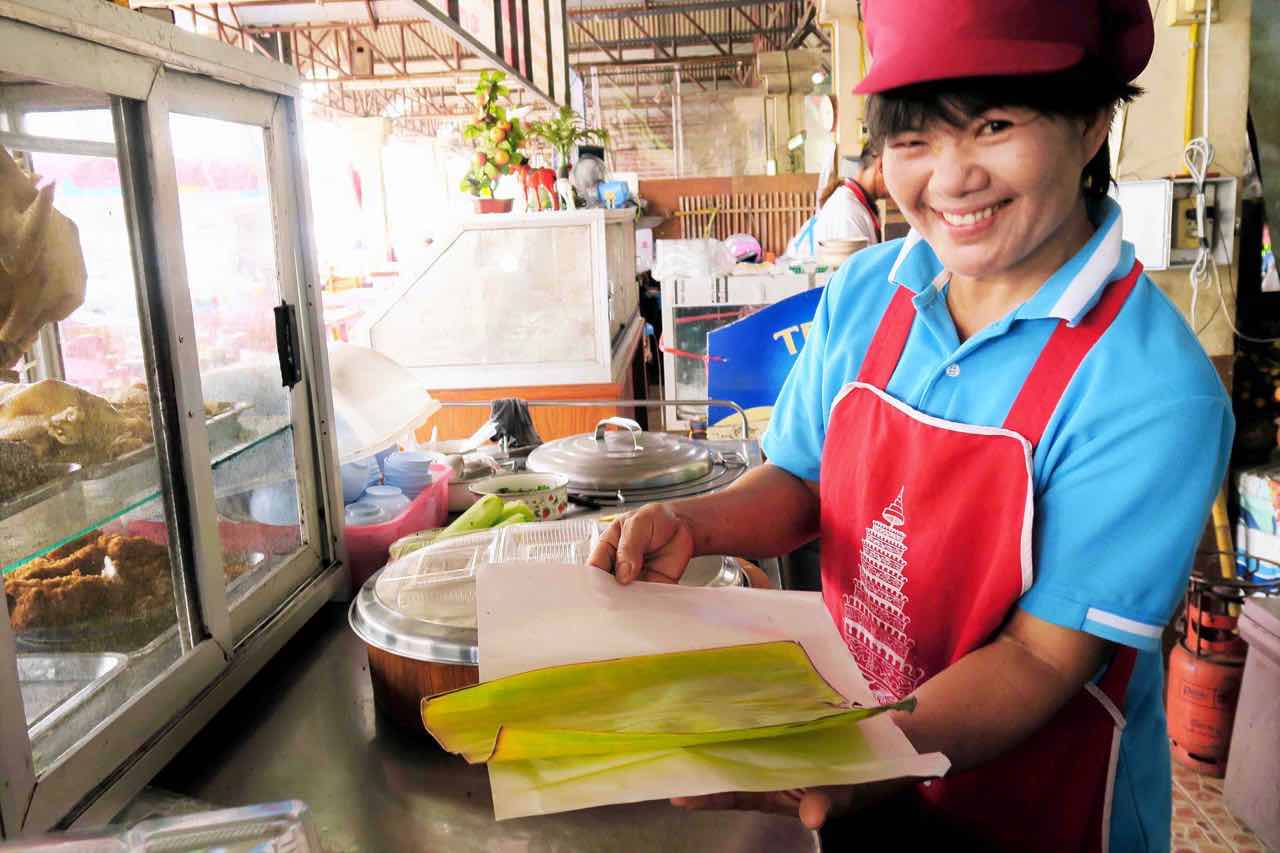 ‘The common characteristic found among the frontrunner cities — regardless of country, size and socio-economic profile — is that they’ve clearly rejected the “wait and see” approach,’ said one expert.

In Southeast Asia, national governments are busy incorporating the Sustainable Development Goals (SDGs) into national development policies. But while central mandates for implementing the goals are expected to eventually “trickle down” to cities, this process is being slowed by the comprehensive nature of the goals, requiring significant coordination and consultation across government. Furthermore, central guidance may not necessarily be practical: Many city officials have said that they are often confused by conflicting or overlapping policies from multiple ministries, and such frustrations are expected to persist in implementing the SDGs.

However, a group of frontrunner cities — formally recognized by the Association of Southeast Asian Nations (ASEAN) as “Model Cities” — are bucking this passive stance by pursuing the SDGs on the ground ahead of national instructions. In February, for instance, Davao in the Philippines set a precedent for other cities by conducting a preliminary inventory of its local initiatives with baseline local indicators, mapping them to each of the 17 SDGs. Other Model Cities that may now follow suit include Kep in Cambodia, Malang in Indonesia and Dipolog in the Philippines, as well as several small municipalities in Thailand such as Kohkha, Chiengkiean and Nongteng.

What sets these cities apart? For one thing, they tend to be led by highly effective mayors who also are experienced working with international organizations on sustainable development projects, especially around environmental quality. Therefore, they are well positioned to understand the benefits of responding to global trends and commitments such as the SDGs.

And what are some of those benefits? Being active and recognized on the international stage is considered a symbol of progress by many citizens in developing countries. This also reflects well on the city’s elected officials, who may promote international activities as a sign of good performance. There also are some indirect economic benefits, especially for smaller cities that compete with larger ones for tourists, special national development grants and international development projects.

A second commonality is that these cities were able to recognize the overlaps between the SDGs and their own efforts already underway. Since the goals went into effect last year, a common first reaction among many city leaders in this region has been an impression that the framework of the goals is dauntingly complicated, with little immediate relevance on the ground.

But some policymakers have suggested there may be frontrunner cities that already are localizing the SDGs in varying degrees — even if they do not know deeply about the goals or are unable to articulate their achievements by referring to the goals in great detail. Based on the latest regional survey conducted by the Institute for Global Environmental Strategies (IGES),awareness of the SDGs among city officials in the region is very low.

A third commonality has to do with language. Of those officials who do know about the SDGs, most tend to be fluent in English and are already involved in regional and international processes. Broadly speaking, however, this is likely to be less than 5 percent of all city officials throughout Southeast Asia.

So how are cities in Southeast Asia taking the SDGs and making them locally relevant? Let’s look at some key examples of how city officials are already acting on the goals, whether purposefully or otherwise.

Malang was a national pioneer in establishing community-based recyclable-recovery centres called “waste banks”. This model counteracts a particularly prevalent negative attitude towards waste management, which in developing countries is often looked down upon as dirty and unrespectable. Instead, Malang’s approach works to replace that reputation with the positive idea of banking, underscoring waste’s return on investments.

But in Malang, waste banks go much farther. The best performing of these centres are likely to be profitably and professionally managed, with computerized membership systems. Many also offer additional services, such as medical health insurance for members and employees, public space for community activities, and online payment for a spectrum of utilities and services using cash earned from the sales of recyclables.

Some waste banks also act as community collection points for compostable waste. Others function as training grounds for members — many of them disadvantaged people — to segregate waste materials and transform them into marketable products, thus helping to generate income and jobs. This model has become so successful that it has been endorsed by the national government and is being replicated throughout the country.

Needless to say, Malang’s initiative is responding to multiple local needs. But with their myriad functions, waste banks can also be interpreted as contributing to several of the SDGs — for instance, under Goal 11 (on sustainable cities and communities), Goal 12 (on responsible production and consumption) and Goal 14 (on the health of the oceans, as plastic is now a serious threat to global marine health), among others.

Waste management is a common challenge among all Southeast Asian cities, but many Model Cities are venturing into other related issues that are often neglected until crises occur. In Lao PDR, the UNESCO World Heritage City of Luang Prabang takes wastewater treatment seriously. It is increasing the number of decentralized wastewater treatment systems, with the latest installation in a highly prominent spot at the central night market — contributing directly to SDG 6, on water and sanitation.

In Cambodia (Kep and Pursat) and Myanmar (Yangon, Mandalay and Pyin Oo Lwin), city officials are working with businesses and civil society volunteers to step up waste separation at source. They’re engaging in campaigns to cut down on litter and single-use plastic bags and promoting sustainable agriculture and small-scale solar systems in schools, parks and public buildings.

And in the Philippines, the government has convened the first national forum to link up previously unconnected green educators — teachers and school principals active in environmental education — with city officials who are working in public health and environmental management departments. This cross-sector forum allows educators and city officials to exchange knowledge and explore collaboration for practical projects in schools and universities — for instance, teachers inviting city officers to give regular talks about sustainable waste management.

Many of these initiatives appear at first to be focused on issues of pollution and the environment. But it’s important to recognize that such initiatives have vast crossover effects on other aspects of development, such as health, education and more.

While the actions of Model Cities are offering strong examples of how to “localize” the SDGs, it is it is critical to expand these innovations to other cities. That’s going to prove difficult, however, for structural reasons related to governance.

Many SDGs-related pilot projects can be financially and technically difficult for local officials to implement. At the same time, most cities in Southeast Asia rely heavily on their central governments for most of their funding, including for basic urban services such as solid waste disposal, transportation and education. Such challenges are rooted in complex and longstanding national legislation and policies around sub-national fiscal management, and will take a long time to resolve.

In the shorter term, mayors also have the authority to be more creative in mobilizing resources. That could include be, for example, investing in community-based projects, which are often driven by local volunteers — a source of low-cost and often relatively high-quality human resource. Another key way to move beyond these constraints is through bolstered city-to-city cooperation. That can allow cities to learn from one another, while working with national governments to create the necessary enabling environment to replicate and scale-up good practices.

For example, national governments could allocate special nationwide grants (on top of normal fiscal transfers) with the explicit objective of replicating and scaling up established good practices such as Malang’s waste banks. Critically, these grants could support face-to-face networking events, which are tremendously helpful in spreading knowledge and contacts. Projects can then creatively tap into local resources and need not rely heavily on government funds.

Two initiatives that already are facilitating this process in this region are the High-Level Seminar on Sustainable Cities and the ASEAN Model Cities Programme, both of which serve as regional platforms to help localize the SDGs. At the latest of these high-level seminars, in February — which drew over 200 city officials and development partners — the city of Davao unveiled its SDGs-mapping exercise and clearly inspired many in the audience.

“The common characteristic found among the frontrunner cities — regardless of country, size and socio-economic profile — is that they’ve clearly rejected the ‘wait and see’ approach,” Milag San Jose-Ballesteros, regional director for Southeast Asia and Oceania for C40, said at the event. “They’ve simply gone ahead and tried doing things in a different and better way. They’re not afraid of challenging the status quo and pushing the boundaries, finding innovative ways to leapfrog solutions. And that is more of what we need to bridge the policy and implementation.”