The “Ficha Limpa” (Clean Record) Campaign of the 2030 Agenda 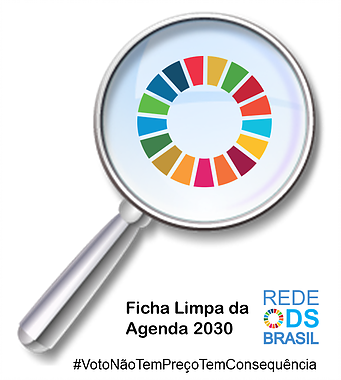 Several goals of the 2030 Agenda highlight the importance of adequate public policies and legislation to ensure their effective implementation.

Considering that this year Brazilian citizens will exercise their political right by choosing, through voting, their representatives for the State and Federal Government, as well for the State and National Legislative Houses, the Rede ODS Brasil is launching the “Ficha Limpa” (Clean Record, in English) Campaign of the 2030 Agenda.

The objectives of the Campaign are:

The role of Local Governments and Legislative Houses in the implementation of 2030 Agenda will also be addressed at the 3rd National Meeting of the Rede ODS Brasil, to be held on 5-6 of June in Brasilia.

The article was originally published by Rede ODS Brasil and can be consulted at the following page.