Spread your goals with SDG wings! 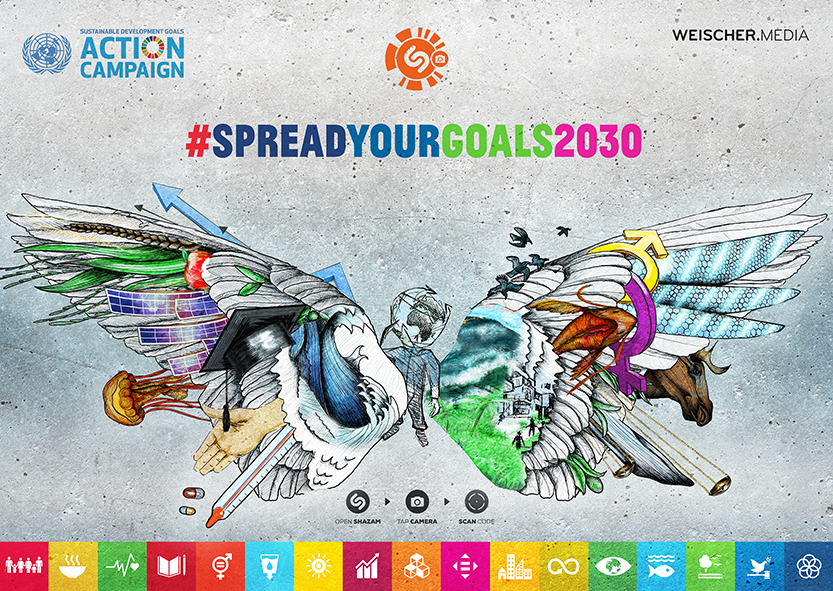 The wings are shown in the app as moving stickers and the photos can be shared directly from the app to social media. For a special WOW effect, you can also make the wings flap!

Extra information on each of the goals is provided in the app (in German), and you can click “Read more” to answer the MY World 2030 survey and tell the world which SDGs you are most passionate about. MY World is a global citizen survey to bring people’s voices into official debates about the Sustainable Development Goals (SDGs). Almost 10 million people from 194 countries voted in the first MY World survey.

Additionally, billboards have been placed in six German cities, showing wings with elements from all 17 Goals and carrying the Shazam Code to enter the Augmented Reality experience. One of these billboards will be on display at the Global Festival of Action for Sustainable Development.

Which goals do you want to spread? Let people know and start soaring to new heights! #SpreadYourGoals2030

Find more Campaigns to promote the SDGs by clicking here.

*This article was originally published by UN SDG Campaign and can be consulted at the following page.