Buenos Aires advances in the 2030 Agenda 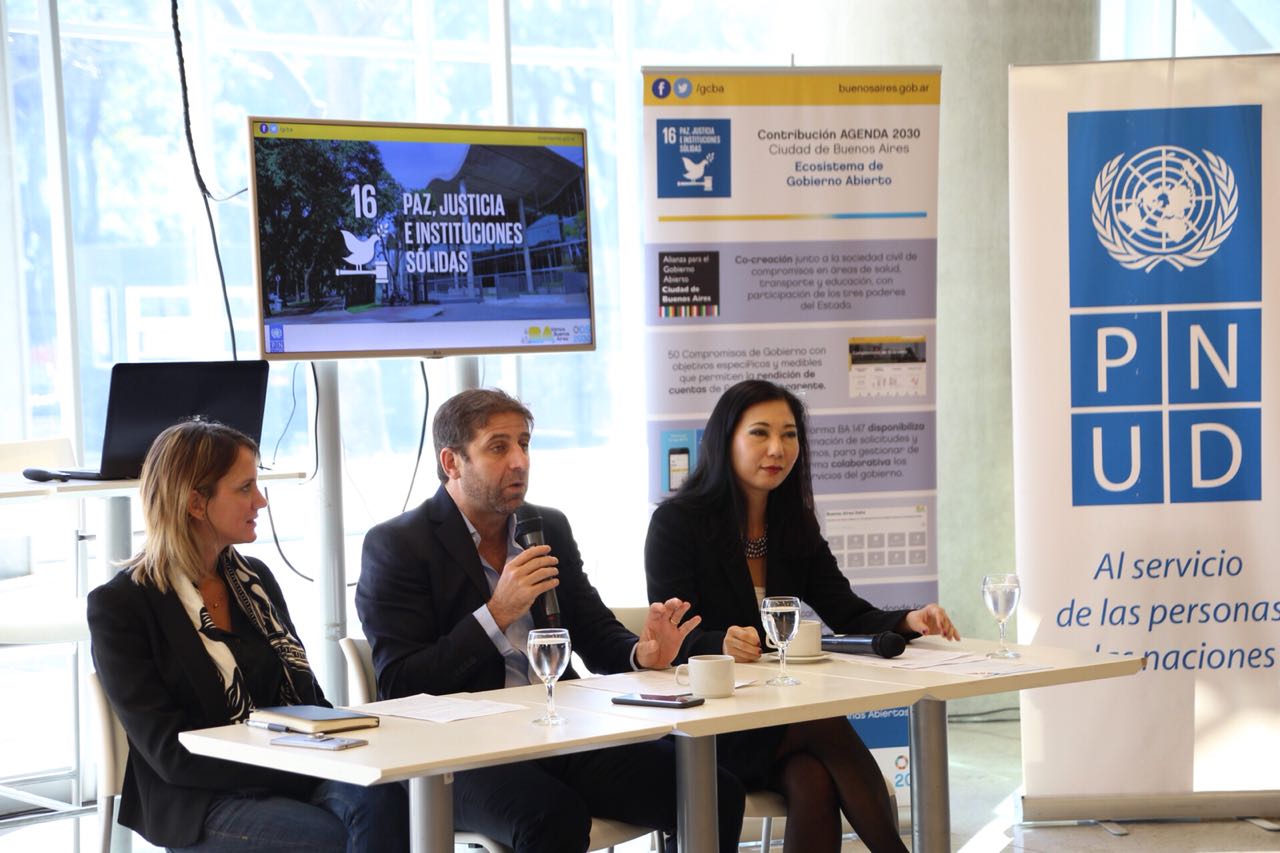 The City is the first government to establish its commitment to the SDG 16 - Peace, Justice and Solid Institutions - at the local level.

The City of Buenos Aires advances in the 2030 Agenda and confirms its commitment to the Sustainable Development Goals (SDG) . Together with representatives of civil society, international organizations and officials, the report "Towards open government: the adaptation process of SDG 16 in the Autonomous City of Buenos Aires" was presented by the General Secretariat and International Relations of the Government of the City, with the support of the United Nations Development Program (UNDP) and the Information and Studies Center of Uruguay (CIESU). The presentation was made within the framework of the conference " Solid and transparent institutions: Success conditions for the 2030 Agenda ".

The opening of the event was in charge of the Secretary General and International Relations, Fernando Straface; Silvia Morimoto, Country Director of the United Nations Development Program (UNDP), and Laila Brandy, of the National Council for the Coordination of Social Policies (CNCPS). During his speech, Straface referred to the fundamental role of local governments to meet the goals of the UN 2030 Agenda - which contains the 17 Sustainable Development Goals (SDGs) - and particularly the goals of SDG 16 "Peace, Justice and Solid Institutions " .

In this sense, the panelists highlighted the path taken by the Buenos Aires government in the implementation of institutional innovation, transparency and open government policies , which are grouped in its Open Government Ecosystem and contribute in a transversal manner to fulfilling the 2030 Agenda.

In turn, the UNDP Country Director stated: " The SDG 16 report of the City is the first in the world at the subnational level. The City of Buenos Aires proposes a paradigm shift in the government ecosystem, an open, transparent and participatory framework. It is a very innovative and important system . "

SDG 16 promotes peaceful, just and inclusive societies and provides, among other goals, access to public information, the creation of effective, transparent and accountable institutions at all levels of government. Therefore, its goals are transversal to the entire sustainable development agenda.

Committing to the location of the SDGs implies adapting the globally defined goals to the reality of the City, identifying the actions necessary to achieve compliance and defining the indicators that will allow monitoring of such commitments. The adaptation process of SDG 16 was attended by more than 10 government areas, leading civil society organizations and a UNDP specialist .

" The City of Buenos Aires is a leader in the measurement of institutional progress and subnational adaptation, and the report is a reflection of very innovative aspects, such as the participation of citizens, promoted by the City of Buenos Aires. you have to export to other cities and countries, "concluded Nora Luzi.

The article was originally published on the following page: https://bit.ly/2LCyDru