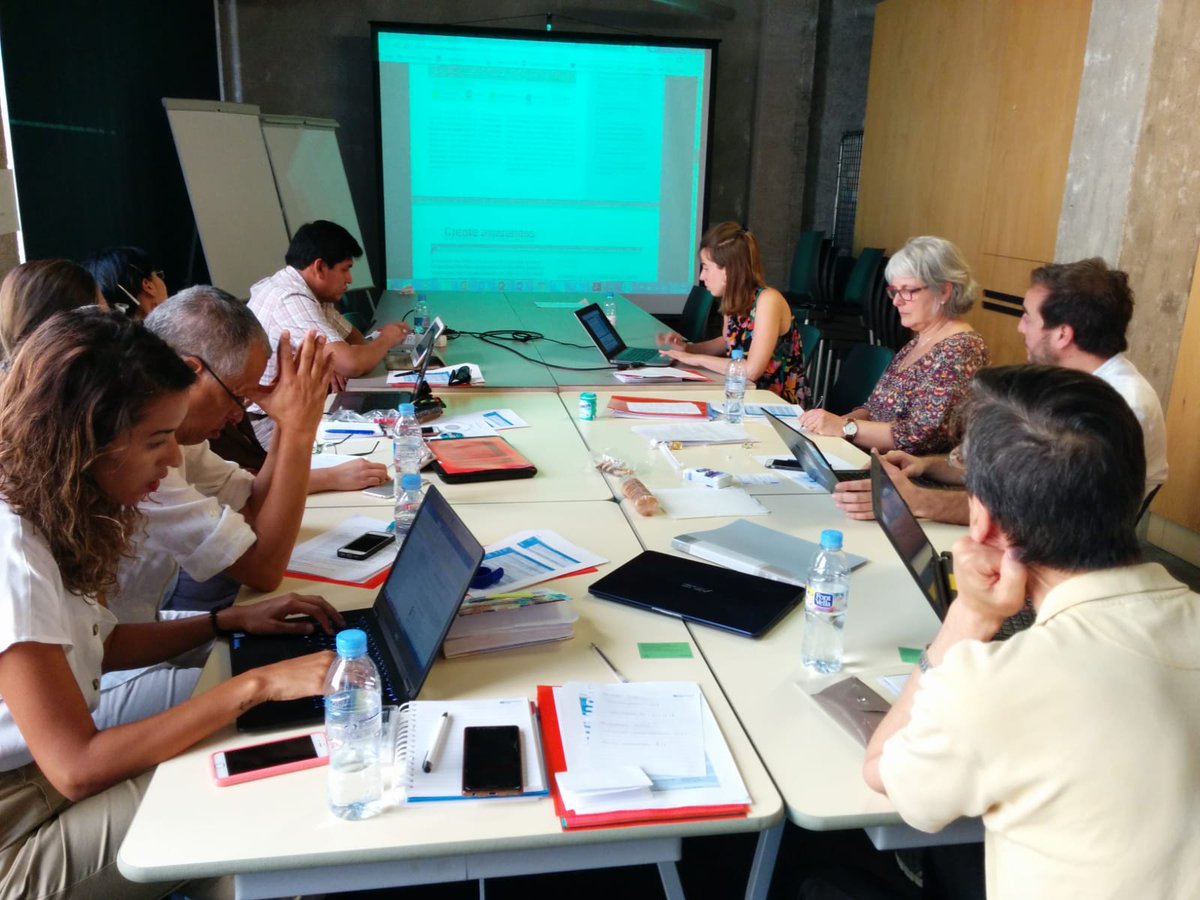 The five cities have held a meeting in Madrid, within the framework of the collaboration agreement between the Madrid City Council and the United Nations Development Program (UNDP)

Madrid has been the scene of the meeting that, during the 26th and 27th of July, the Madrid City Council held with representatives of the cities of Montevideo (Uruguay), La Paz and Sucre (Bolivia) and Praia (Cape Verde) to discuss and exchange experiences on the process of locating and implementing the Sustainable Development Goals (SDGs) in their respective cities.

The meeting organized by the UNDP and the City Council of Madrid is one of the actions foreseen in the agreement signed between the two Institutions in 2017 to develop the project "localization of the objectives of sustainable development: promoting inclusive cities and of peace".

The five cities are very different, with different sizes, separated by thousands of kilometers but with similar problems: inequality, degraded urban centers, need to act to protect the environment, etc. and all of them have a common goal: to work together, collaborate, exchange experiences so that the process of implementing the SDGs included in the 2030 Agenda, beyond a methodological process for the development of a strategy, really serves as an instrument to ensure that the public policies of these cities improve the lives of people who they inhabit them.

During the meeting the draft of the Madrid City Council Strategy was presented for the implementation of the 2030 Agenda Madrid 2030: A city for all people and all generations. In the debate following the presentation, the work being carried out by the rest of the cities was reported to align urban public policies with the SDGs, raise awareness among the citizens about the importance of the 2030 Agenda, monitor compliance with the Agenda and establish monitoring indicators adapted to the local reality.

Likewise, other experiences were exposed, such as the virtual platform managed by UNDP, "Locating the SDGs, tools and resources", which has a great interest in the documentation that it brings together.

During the two days the methodology of the diagnosis of urban violence in the city of Madrid was presented, opening a debate on the experiences of the rest of cities in this subject and the possibility that this methodology could serve, with the logical adaptations, for other cities

There was also time to expose experiences such as the Cónsul tool, an IT platform based on free software and managed by the General Directorate for Citizen Participation of the Madrid City Council that promotes citizen participation and its adaptation to the SDGs or the project led by the NGO Network of Madrid and the Regional Federation of Neighborhood Associations of Madrid called "Building neighborhoods 2030" as an example of education for a global citizenship.