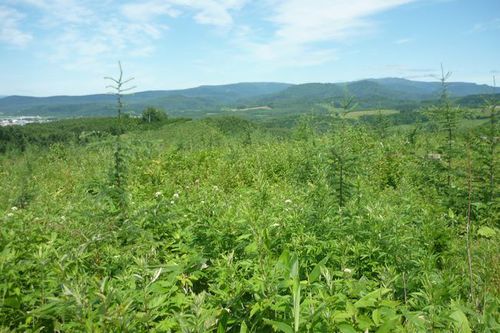 Japanese Governmental Efforts toward the SDGs and 'SDGs Future Cities'

In response to the United Nations' adoption of the Sustainable Development Goals (SDGs) in 2015, the Japanese government established a cabinet body, the SDGs Promotion Headquarters (below, "the Headquarters") in May 2016. Headed by the Prime Minister and composed of all of Japan's ministers of state, the Headquarters meets semiannually to ensure a whole-government approach to achieving the SDGs effectively.

In the SDGs Implementation Guiding Principles spelled out by the Headquarters, Japan's vision is to "Become a leader toward a future where economic, social and environmental improvements are attained in an integrated, sustainable and resilient manner while leaving no one behind." The Japanese government has identified eight priority areas out of the 17 SDGs.

The SDGs Implementation Guiding Principles also indicate the following three directions of Japan's SDG models to transform companies, regional communities and society through promotion of the SDGs and thereby achieve economic growth and spread it further to the rest of the world.

On June 15, 2018, the Cabinet Office announced that 29 local governments had been selected as SDGs Future Cities.
https://www.kantei.go.jp/jp/singi/tiiki/kankyo/teian/pdf/result01.pdf (Japanese)

The following 29 local governments were selected as SDGs Future Cities.

To commend companies and other organizations for their excellent efforts to contribute toward achieving the SDGs, the Headquarters established the Japan SDGs Awards. Shimokawa in Hokkaido handily won the Prime Minister Award at the 1st Japan SDGs Awards, announced in December 2017.

Shimokawa, Hokkaido, where I have been helping with community building since last year, is one of the leading SDGs local governments in Japan; it has not only won an SDGs Award but has also been selected as a SDGs Future City and a project proposed by the town has been selected as a Local Government SDGs Model Project.

The town of Shimokawa is located in the central northern part of Hokkaido, and has a population of about 3,300 in an area of 644.2 square kilometers -- almost same as the total area of Tokyo's 23 wards. With about 90 percent of it forested, the town's main industries are forestry and agriculture. Situated in a heavy snowfall area, where the temperature drops to as low as minus 30 degrees Celsius in winter, Shimokawa has produced many ski jumpers, including the legendary Noriaki Kasai.

The town was selected as an Eco-Model City and a Future City (two environmental city programs run by the Japanese government) in the past and has been acclaimed for its continuous efforts in proactive town development. In recent years, an increasing number of people have relocated there from urban areas, putting a brake on depopulation, which would have worsened otherwise. Its path from the beginning, however, has not been that smooth.

After being settled in 1901, Shimokawa's population increased as agriculture, forestry and mining were developed and railway service started in the area. In 1949, the municipality's status changed from "village" to "town." Though its population peaked at over 15,000 in 1960, soon afterward it started to decrease due to declines in its main industries (agriculture, forestry and mining). Railway service was discontinued, further accelerating the town's depopulation (to about 3,300 currently).

"We cannot just let it happen!" "We should do something!" The town residents, sharing a sense of crisis, began working hard to carry out various projects, drawing on their creativity. Thanks to their efforts, Shimokawa has become an exciting, energetic, attractive town that I always look forward to visiting.

Yet the town people still face a sense of crisis, saying, "We have to keep moving forward; otherwise we will spiral into decline." Out of this sense of crisis, the town is trying to pursue town development more proactively. Specifically, as of 2018, the town has been pushing forward with improved town development for the two years since 2017 by integrating the SDGs in the formulation process of its Comprehensive Plan, the town's highest level plan.

In September 2017, the "SDGs Future City Task Force" was established within the Shimokawa Town Comprehensive Plan Council. This task force, consisting of ten resident committee members and town officials, has served as a base organization for the process of creating a vision of Shimokawa in 2030 and formalizing that vision. I helped design and facilitate the process.

The specific process was as follows: First we used "backcasting," an approach for considering "how you want to be at a particular time in the future," setting aside current realities and all restrictions, to create a vision of the town in 2030. Next, we used "system thinking," an approach for creating real transformations by understanding the links and interactions among various factors that can produce positive cycles to help the town realize its vision. Then, the task force went to work to come up with concrete measures and projects that would actually produce positive cycles. The task force met 13 times in total during the period from September 2017 to April 2018.

The process was made as open as possible, and this more than anything else came to characterize Shimokawa's vision creation work. In this type of work, the conventional approach would have been to involve only town officials and a few of the town's resident in creating the vision. Instead, the task force members, who are town residents themselves, organized a meeting to write public comments together with other residents after explaining the vision they had created. They later organized another meeting to present the vision they had finalized after incorporating the public comments.

In the course of this half-year process, each task force member was assigned individual "homework." They had to identify people who had not been present but were important for the future of this town, interview them to learn about their visions for the town, and consider the matter further based on the results gathered from other members. In addition, a morning "girls meeting" was organized to collect opinions about town development and current issues from mothers who were busy taking care of children and could not attend evening meetings. Study sessions for the town council members on the SDGs and community building were also held a full three times.

In this way, through a careful process of consideration, Shimokawa has set seven goals for what it wants to become:

(1) A town where citizens continue striving together -- embodying the town's own values, such as the fortitude to keep facing crisis and hardship, as well as broad-mindedness and tolerance for embracing diverse people and values

(2) A town where nobody is left behind -- enabling all of its citizens to continue to expand their possibilities, have a place where they belong, and play a role so as to live a healthy and meaningful life

(3) A town where humans, resources, and money are cycled in a sustainable manner -- becoming independent and autonomous by achieving the following: an enduring cycle and perpetuation of humans, natural resources (e.g., forests and water) and money; further growth of agriculture, forestry and other industries; and local production of food, wood, energy, etc. for local consumption

(4) A town where citizens can care for each other like a family -- enabling its citizens to continue to live safely with peace of mind by placing importance on developing human-to-human relationships, and caring for and supporting each other

(5) A town where culture and resources handed down from generation to generation are esteemed while new value is created -- preserving things that are old but valuable while creating new value -- a practice for which a new popular term was coined recently in Japan: Onkokishin

In the materials presented for the award, logos indicating goals corresponding to each of the 17 SDGs were attached to each section of the town's goals. What is significant about the SDGs initiative, however, is not classifying players' efforts into one or another of the 17 goals as if they were 17 small boxes and attaching corresponding logos to them. I think what is really important is, first of all, for the local people to visualize a desirable town with a sense of reality and subjectivity, then to check for any missing aspects using the SDGs framework, and finally to perceive the 17 goals not as individualized goals but as goals mutually connected.

Since Shimokawa is an inland town, the local people there are usually not conscious of the ocean. For that reason, initially there were few opinions about Goal 14 (life below water) of the SDGs. Later, though, they began thinking about the links between the forest, their lives and the ocean, and expressing various opinions about them. In this way, providing awareness of "links" that people usually do not consider may be one way utilizing the SDGs framework can be effective.

As mentioned above, the town provides opportunities for considering how the SDGs relate to oneself not only to the task force members but also to people in a variety of positions, helping create broader perspectives. For instance, several members of the town council asked questions regarding the SDGs at a recent general inquiry session. Also, a routine test at the town's junior high school included questions on the SDGs. This is wonderful, isn't it!

The town identifies the following four aspects as advantages of incorporating the SDGs into its comprehensive town development plan, and intends to use them as a tool for its future development.

In helping the town develop I came to realize the effectiveness of using the SDGs framework to help even small local towns consider their own community development from a global viewpoint and understand interrelatedness. In view of this, for future community building, backcasting, systems thinking, and the SDGs are certain to be the "three sacred treasures"!

The article was originally published on this page.