A call for SDGs-based provincial planning in Nepal 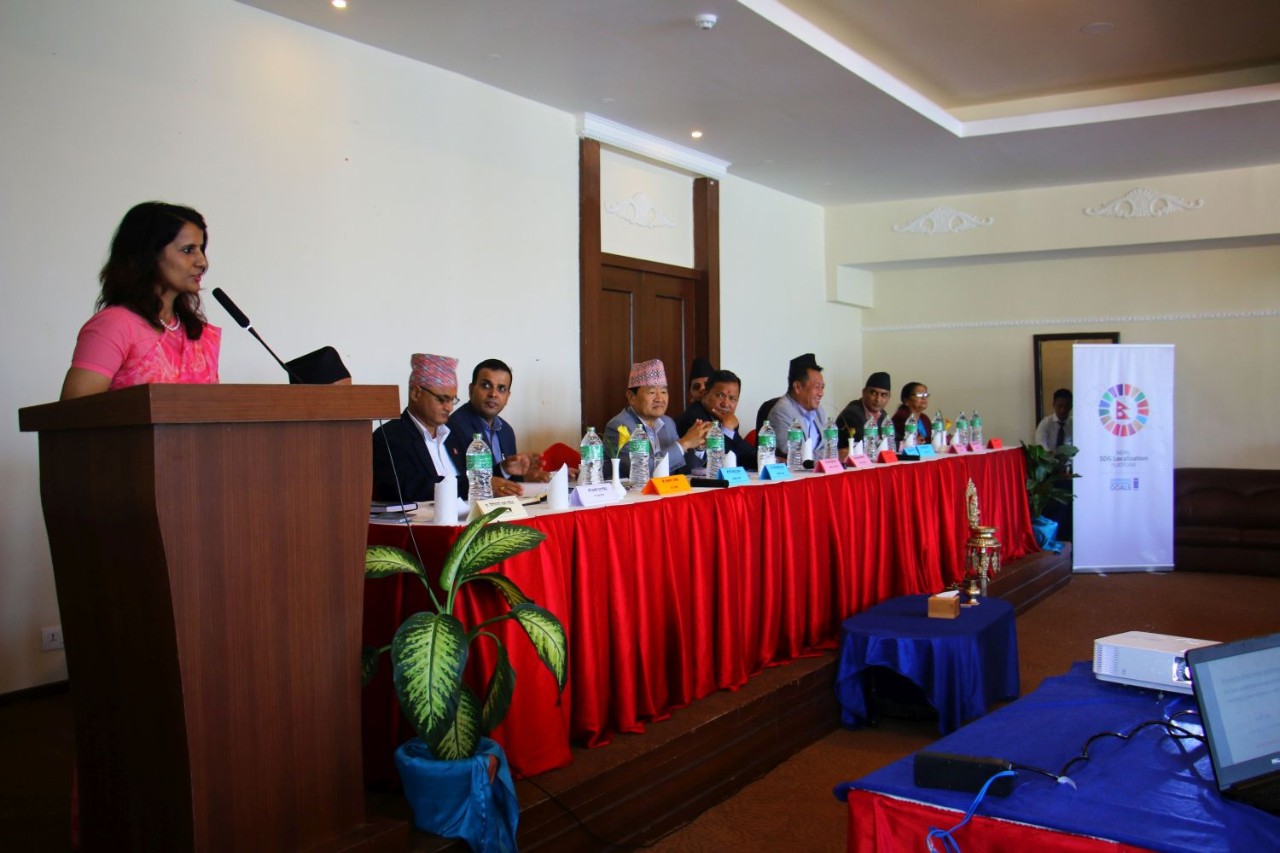 In a nod to the need for better engagement of provincial and local governments on internalizing Agenda 2030 in development planning and localizing the Sustainable Development Goals (SDGs) as part of a newly-federalized Nepal, the National Planning Commission (NPC) recently conducted three workshops in the capitals of provinces 1, 4 and 5 for province-level officials on SDGs-based planning, monitoring and evaluation, and statistics. Aimed at, among other things, ensuring the upcoming five-year Provincial Periodic Development Plans better incorporate the SDGs and its indicators, the workshops—organized with UNDP support—ran between 8 to 11 October.

Technical sessions at the programmes were facilitated by NPC members and experts, and touched upon the status of the respective province where the SDGs are concerned and progress made so far against set targets, as well as ways of rendering province-level planning efforts more SDGs-focused through various tools including data collection, budgeting and monitoring. Echoed across all three workshops was the call for more reliable primary data that would enable strategic, evidence-based planning and implementation.

Another recurrent theme was the need for strengthened cooperation and partnerships between the three tiers of government, something Gandaki Province Chief Minister Prithvi Subba Gurung also touched upon in his speech at the Pokhara iteration of the workshop. “The roles, responsibilities and resources for each of the three tiers need to be clarified first and foremost for farsighted development in the federal context,” he said.

In Butwal, Chief Secretary of Province 5 Tirtha Raj Dhakal reiterated this, saying that as part of the ongoing federalization process, the responsibilities of localizing and achieving SDG targets are divided equally among the three tiers of government, and includes the contribution of media, private sector, civil society and all development partners. “The NPC has a key role to play in facilitating connections and coordination between all these stakeholders,” he added.

At the closing of the workshops, provincial government participants were appreciative of the NPC’s efforts to orient them on the basics and importance of SDGs-based planning, with many assuring that they would work to incorporate learnings therein into upcoming provincial development plans. “This is vital if our plans for our provinces are to be realistic and achievable,” said Province 1 Finance Minister Indra Bahadur Ango at the workshop in Biratnagar.

The NPC plans to conduct similar workshops in the four remaining provinces in the days to come.

The story was originally posted on UNDP Nepal's website on this page.