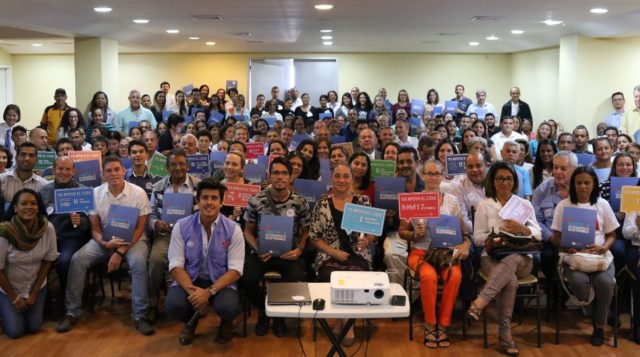 The caravans of the SDGs have functioned as a measure inter-sectorally implemented by the SNU in Venezuela, to identify local development challenges (local problems). The Caravan of the SDGs fosters the creation of local dialogue networks that promote social cohesion, trust and cooperation, providing small-scale peace dividends, to the extent that they provide concrete solutions for specific community problems.

The Caravan of the SDGs aims to generate consensus at the local level to define development priorities aligned with the SDGs, promote intersectoral coordination in localities and raise awareness, train and generate local commitment with the implementation of the agenda 2030. The Caravan of the SDGs becomes an effective response to the achievement of the SDGs, as it facilitates local dialogues between actors of different scope (local governments, political parties, companies, social organizations, academia, communities, among others). the multi-disciplinary approach to local development challenges.

Due to the growing polarization and political tension in Venezuela, the SNU has acted as an engine of dialogue and consensus seeking that the realization of local dialogues be in a neutral space, in which everyone feels called to participate. With this, excellent results have been obtained, since 12 local dialogues of the caravan have already been carried out with the attendance of 1300 participants.

Apart from the SNU, which acts as the main engine of the initiative, other actors involved are the communities, public officials, political parties, unions and unions, NGOs, churches, media and private companies. The local dialogues have resulted in 77 work plans that reflect the challenges and the consensus actions among the actors in the 12 cities visited. In these plans are validated the development challenges contributed by the different sectors and actors present in the dialogues.

To read more about the ODS caravan, please click on the following link here . There you can discover more information about the challenges, the replicability of the measures, the conclusions (etc.) with which to familiarize yourself with this measure promoted by the SNU in Venezuela.