The Deshpande Foundation Hubbali Sandbox: Innovation and Relevance for Impact 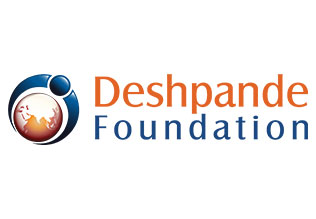 The Deshpande Foundation Innovation Sandbox, in Hubli, Karnataka, India was launched in 2005 to create a Silicon-Valley type environment for social innovation and rural economic development.  Over the last 14 years, through locally-organized programs, grants to NGOs and partnerships with universities, global NGOs, foundations and corporations, the Sandbox has become an established philanthropic model for private foundations to support innovation and regional development across sectors as diverse as health, education, skills development, agriculture and sustainability.  The model was recently highlighted at the July meeting of the UN High Level Political Forum at a session on Philanthropy and SDGs.

One of the primary tenets of the Sandbox concept is to support local leaders that have identified local solutions.  The Foundation supports innovators and entrepreneurship with new ideas, technologies or approaches, with seed funding, but also runs a series of support programs, such as accelerators, mentorship programs and access to capital, to help those leaders to grow their programs and impact.   The Foundation has extended this to include large NGOs, who are seeking to deploy innovation but may not have the grant funding to experiment.

The result of this big-tent approach is that, over the last decade, several thousand high-impact entrepreneurs, innovators and NGOs have worked in the Hubli Sandbox.  And the platform has attracted leaders with a diversity of ideas.  Currently the foundation supports initiatives, leaders and organizations that meet 12 of the 17 SDGs and 115 of the 230 SDG sub-indicators.  The Foundation believes that other regionally-focused philanthropies, by taking a similar approach towards building an SDG platform, can also address multiple SDGs and indicators in a similar way and identify innovations that can scale.

The Foundation created several programs to support its local changemakers, innovators and entrepreneurs, such as its LEAD program for college students to experiment with new social innovations, and Navodyami, an accelerator program for small businesses with the potential for high-growth.  By not prescribing the topic around which they can apply, the entrepreneurs in these programs have touched many of the SDGs – from education to health and sustainability.

There are two other differentiators between the Sandbox and other innovation/ entrepreneurship programs mapped to the SDGs.  In addition to supporting a diverse set of early-stage changemakers, the Sandbox has built the infrastructure to scale innovation beyond proof of concept.  They have scaled a farm pond irrigation program that has now built 4,500 village ponds, irrigating 14,000 acres of land, across Karnataka by leveraging existing government funding streams and building private sector partnerships.  In addition, NGOs like the Agastya International Foundation use the Sandbox to test innovations that they would like to scale.  Since its affiliation with the Deshpande Sandbox, Agastya has grown to reach nearly seven million Indian children annually.

Lastly, the Foundation has opened the Sandbox up for partners seeking to leverage the ecosystem.  Logistimo, a social enterprise that now tracks 60 million vaccines annually as they are distributed and applied in India, uses the Sandbox as an R&D hub to develop and test their solutions around rural supply chain management.  And the Better Cotton Initiative, or BCI, an international agricultural program, has used the Sandbox as one of its first sites led and managed by external partners.

The UN Secretary General has identified innovation, and scalability as critical to achieving the SDGs.  The Sandbox contains many of the characteristics – lots of changemakers; the infrastructure to help them get started and prove their ideas, technologies and business models, and a global network to help the very best ideas reach a level of scale and impact.  The Foundation believes that many other funders can do the same in their regions.

The eleventh session of the World Urban Forum