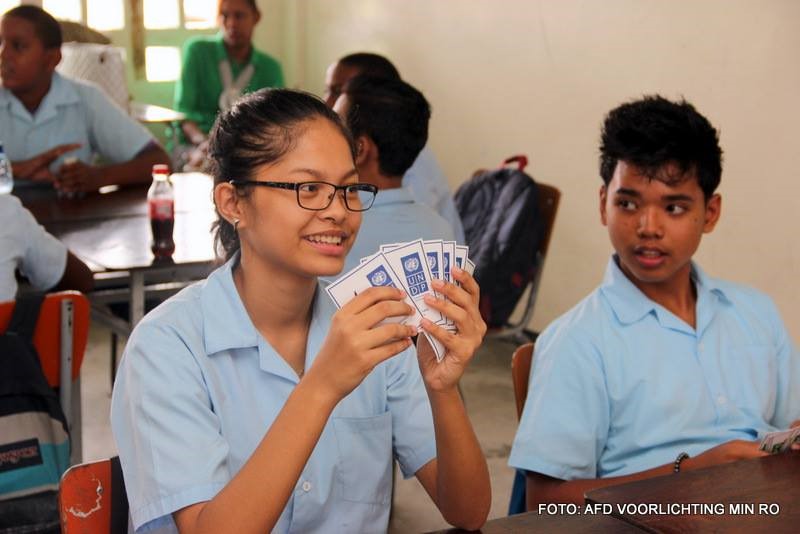 For the implementation of the SDG 17, which reads “Strengthen the means of implementation and revitalize the global partnership for sustainable development”, multi-stakeholder partnerships are an important vehicle for mobilizing and sharing knowledge, expertise, technologies and financial resources to support the SDGs’ achievement in all countries.

In Suriname, the Ministry of Regional Development, with technical assistance of and funding from the UNDP, has started a specific initiative to localize the SDGs. The aim is that SDGs are locally understood and adopted while communities and groups of society are strengthened and able to cast their voice related to their development goals. Local authorities are empowered to adequately identify community needs, advocate for greater accountability and leadership and manage the provision of services at the community level.

The project aims to contribute towards awareness and information sharing on the SDGs and gathering view and vision of the regional and local authorities, communities, groups/organizations of the Surinamese society, and individual on their role and contribution in achieving the SDGs

Localizing engages regional and local authorities, traditional leadership, communities, civil society organizations and individuals and gives opportunity to collect of geographic disaggregation of data, for example, urban/rural and regional breakdowns and where possible disaggregation at lower levels, such as data at the level of resorts or marginal areas.

What has been done so far?

During 2015, the following initiatives were promoted:

1. Youth Participation in Governance – as Represented in the SDGs

This initiative was aimed at creating awareness, and widening and deepening the understanding of SDGs among youth representatives. It is the intention that the Youth Institute, the Youth Parliament and the Youth Ambassadors Corps (MDG and CARICOM) inform and educate its members and other young people in society on the SDGs.

In collaboration with the Institute of International Relations of the Anton de Kom University of Suriname (IIR/Adekus), and executed by a working group under the leadership of the Dean of Social Sciences, comprising of representatives of the Institute of Women, Gender and Development Studies, the Child Rights Institute, the Student Commission and the IIR/Adekus, a symposium was held on the 26th of June, 2015.

3. Briefing Session on SDGs for the National Assembly at Parliament of Suriname

On October 9th 2015, a briefing session on the SDGs was organized by UNDP for the National Assembly (DNA) with support from the RBLAC Regional Hub. This high-level event was meant to sensitize the parliamentarians on SDGs.

Members of the national press association and other media workers were invited to receive information on the newly adopted SDGs and had the opportunity to discuss the SDGs and Suriname’s role with a panel comprising of Gonzalo Pizaro, Armstrong Alexis (UNDP) and Marian Flag (UNICEF). 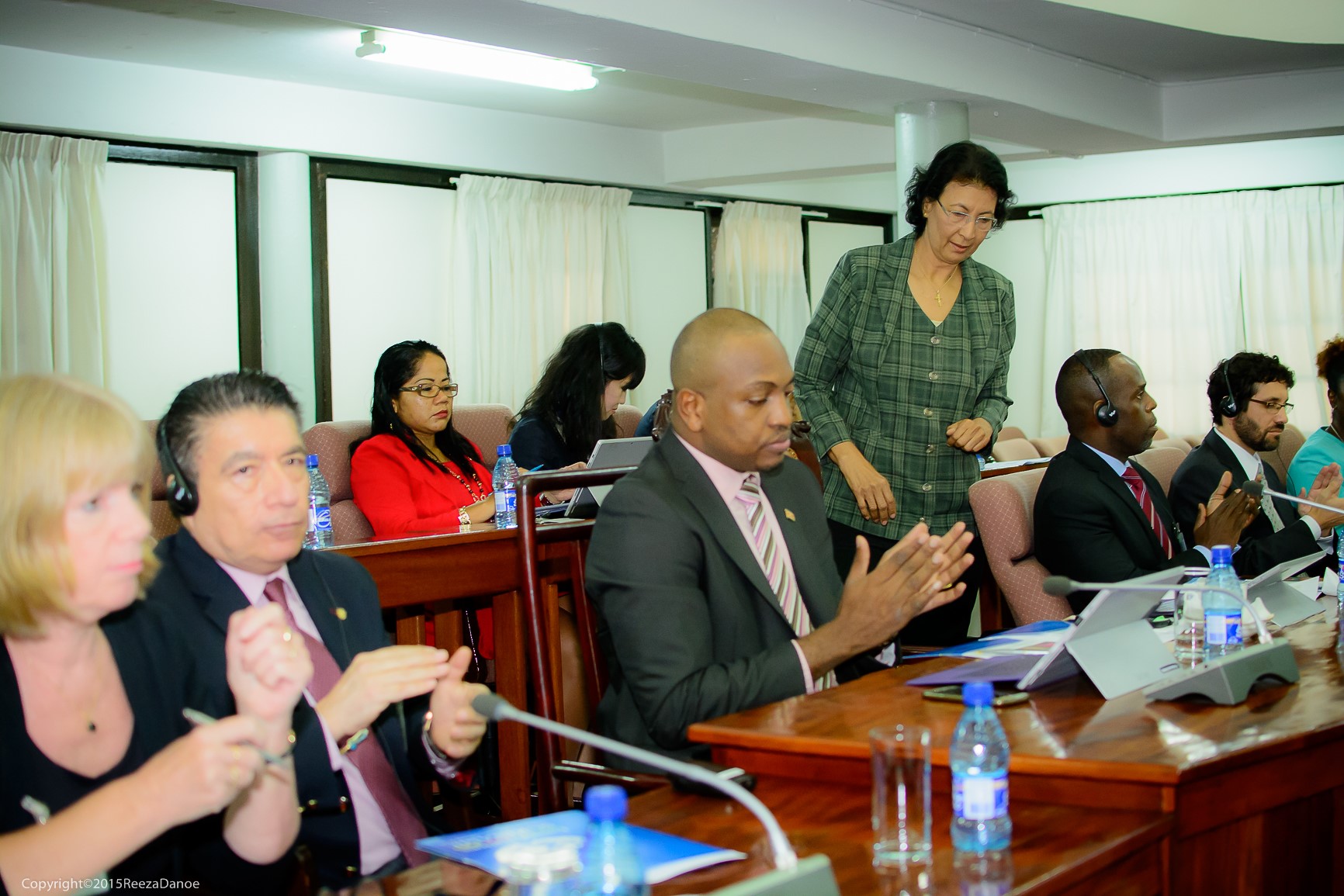 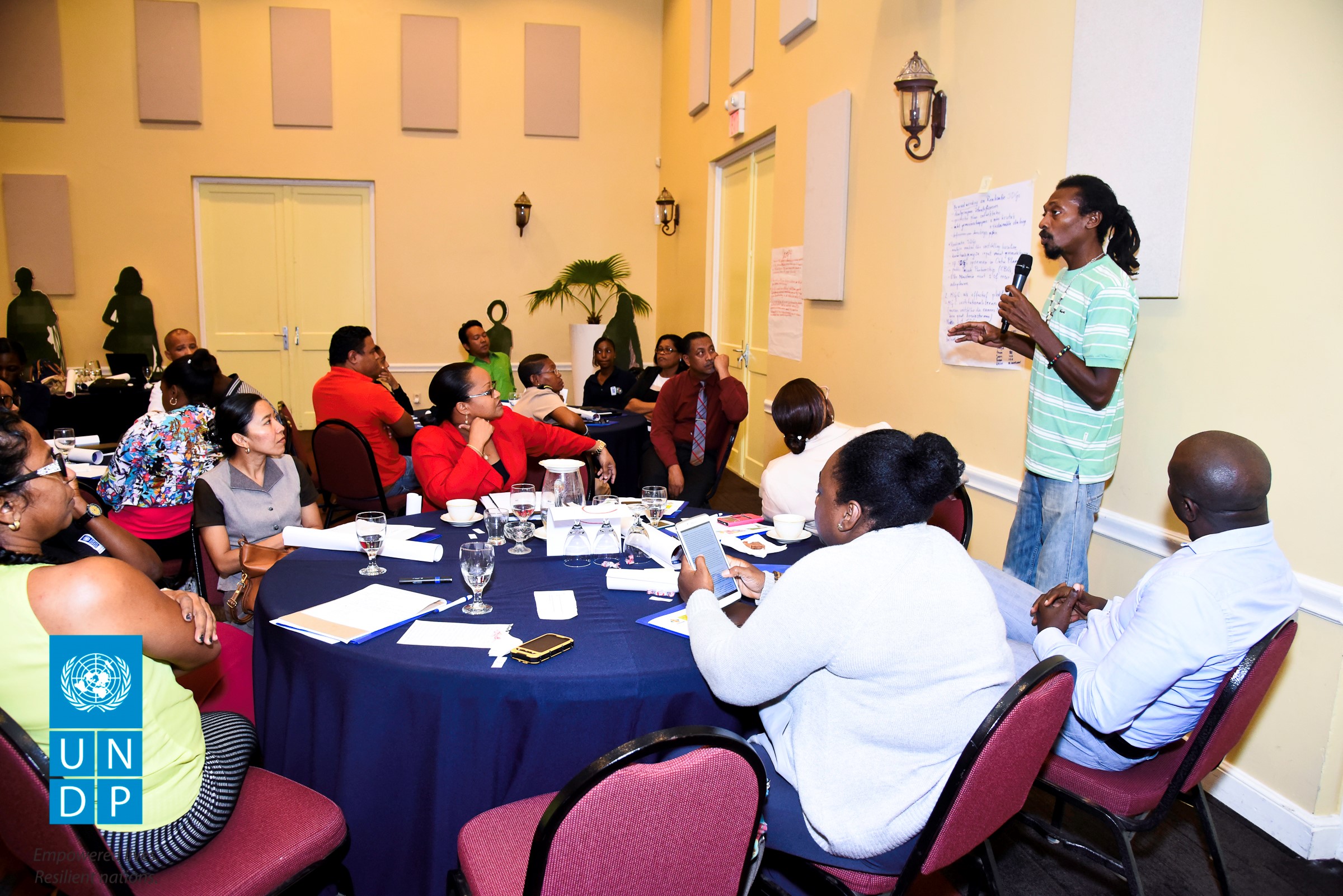 5. SDGs session with the private sector

In collaboration with the Suriname Business Forum a one-day awareness and interaction session on the SDGs was held for the members of the business community.

6. Training sessions for the Working Group on Localizing SDGs

A working groups of 45 people from the Ministry of Regional Development, Suricorps Foundation for Development and University of Suriname were trained in community outreach and engagement; and alignment of the resort, district and national planning with the SDGs.

8. Localizing SDGs sessions with the local authorities, community groups and school teachers and students of the Indigenous (tribal) community village of Galibi (Coastal/Rural)

10. SDGs awareness and advocacy session with community assistants of the REDD+ project

11. SDGs session with the Major Groups, collective of women; children and youth; Indigenous Peoples; non-governmental organizations; local authorities; workers and trade unions; business and industry; scientific and technological community and farmers. The important role of the Major Groups has been recognized in the programming that the UNDP in Suriname has been preparing with its counterparts.

12. South-South knowledge exchange on Localizing SDGs with Grenada. Following request from the UNDP CO Barbados support from the UNDP RC and CO Suriname the project coordinator and colleague facilitated a knowledge and experience sharing event in Grenada.

In preparation for the remaining period of 2016:

1. A regional academic seminar; a discourse on SDGs and Small State, in collaboration with the Institute of International Relations of the Anton de Kom University of Suriname is scheduled for mid-November, 2016 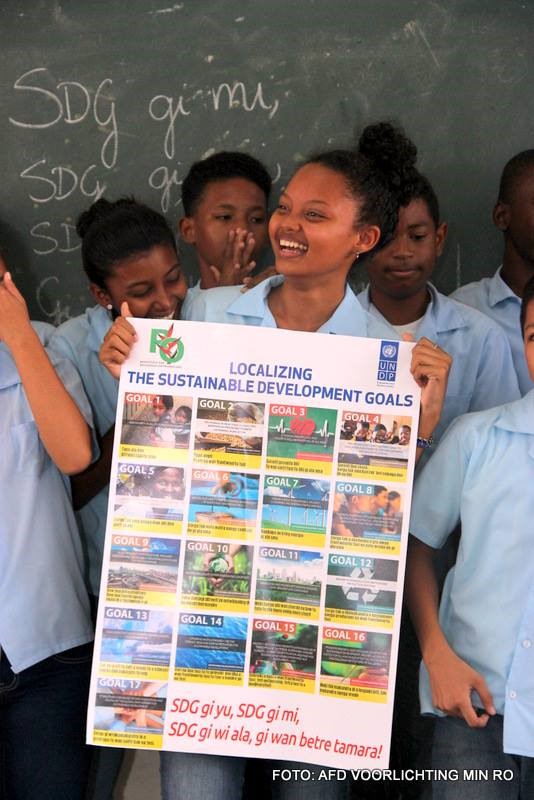 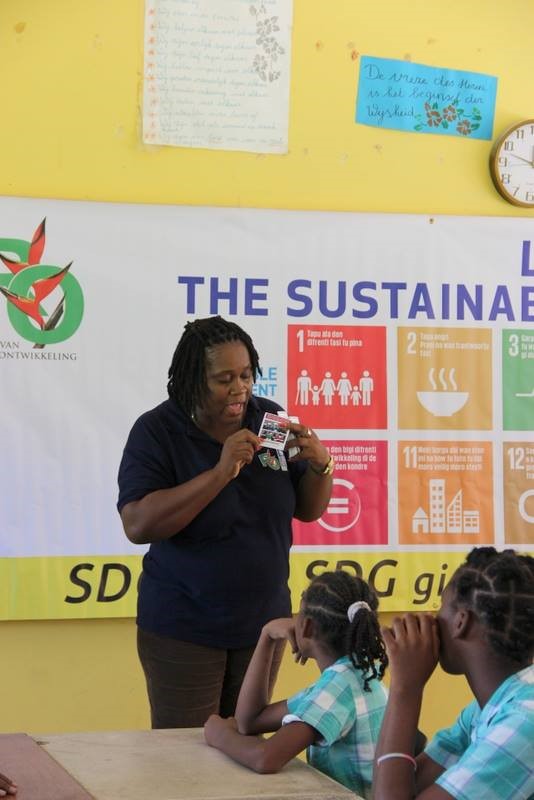