In Ghana UN Volunteers embark on community advocacy on the SDGs 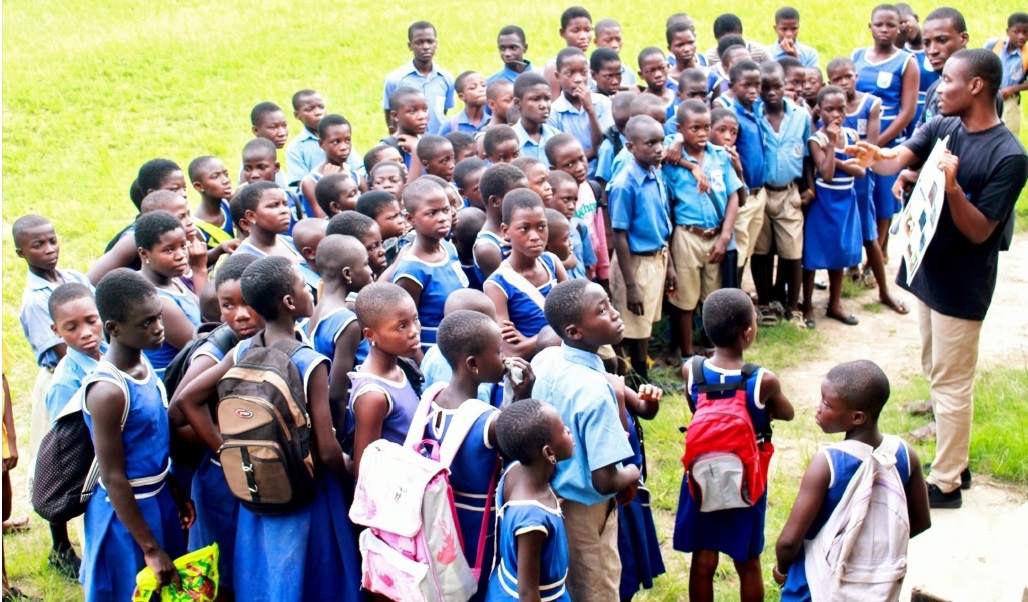 The launch of the Sustainable Development Goals (SDGs) was accompanied by the need for increased awareness and knowledge sharing among the public. Successful implementation of the goals would depend largely on broad stakeholder support, anchored on information dissemination that fosters social change. With this goal in view, UNDP through partnerships stepped up efforts to improve access to SDGs information by leveraging various platforms.

A two-day retreat was organised by the United Nation's Volunteers (UNV) under its Field Unit's (FU) Planned Priority Result for 2016, to foster capacity building and networking amongst serving UN Volunteers. The retreat was held from 14-16 September at Akosombo in the Eastern Region, under the theme "Being Agents of Change in our Society".

In view of UNVs commitment to support the delivery of the Sustainable Development Goals (SDGs), the retreat team also spent time engaging with adjoining communities on the global goals. They interacted with more than 500 community folks, most of whom had very little or no knowledge about the SDGs or the predecessor MDGs. The team took the opportunity to educate the residents who received the message with enthusiasm.

The engagement was extended to the Akosombo main lorry station, the main market, and two basic schools. The feedback from this exercise calls for a more community level collaboration and education. Going forward, UNV is hoping to use its retreats to support UNDP Programme clusters and the entire UN system in getting feedback from the direct beneficiaries of their interventions. Also participating in the retreat was Mr. Louis Kuukpen, UNDP Assistant Country Director for Programmes and other interns serving at UNDP.